Smart lifters work damn hard to ramp up for their big lifts; from their warm-ups to the way they tackle progressive loading, none of it is by accident. When they get under the bar, their muscles and nervous system are mechanically and neurologically primed to perform.

But what comes after that heavy top set? In my personal research into strength peaking and what’s known as post-activation potentiation (PAP) methods, I have found the sweet spot for PAP to be 3-7 minutes until the central nervous system (CNS) drops back down to previous baseline levels of excitement.

You can do a lot in 3-7 minutes, but as anyone who has had experience training “on the nerve” knows, when the CNS peak is high, it also sets you up for one hell of a valley. And for many lifters, that valley hits hard right at the time where they need to bust out their secondary strength and accessory work.

If you feel like everything you do after a big lift is a big step down, then you should consider using the last bit if your strength window in a new way—with a neural drive dropset.

Watch me perform this protocol after some solid low-rep strength work on the floor press with Bodybuilding.com athlete and NPC men’s physique competitor Reuben Brooks. And to see more techniques like this that hammer your muscles but spare the joints, check out Unstoppable: The Ultimate Guide to Training Through Injury in Bodybuilding.com BodyFit Elite.

The idea behind this protocol is to extend the excitable duration of the CNS and transfer that neurologically charged-up state to the rest of your training session. Here’s how it works.

After the neural drive dropset has been completed, clear the rest of the weights from the bar and rest 2-3 minutes before moving directly into the accessory work for the day. This dropset should feel like it stimulates you—not that it annihilates you.

Seems pretty simple, right? Clean up your weights while priming your system for continued performance. But you’d better believe it can be done wrong. Here are the details to keep in mind.

After the last top end working set on your major barbell lifts, take your normal rest period—3-5 minutes, for example—and then do the dropset protocol. You want to be able to really put some power into these singles, so give yourself time to recover before you do it! In this regard, it’s different from a bodybuilding-style dropset.

Your dropset is going to be 2-4 explosive singles. The single reps will be completed in rest-pause style, with around 10 seconds per rep. This is to allow you time to strip weights if you’re training alone, or to safely re-rack and un-rack the bar when implementing this technique on any squat and bench press variation. This short rest-pause style cluster also allows the CNS to recharge and even compound between reps. 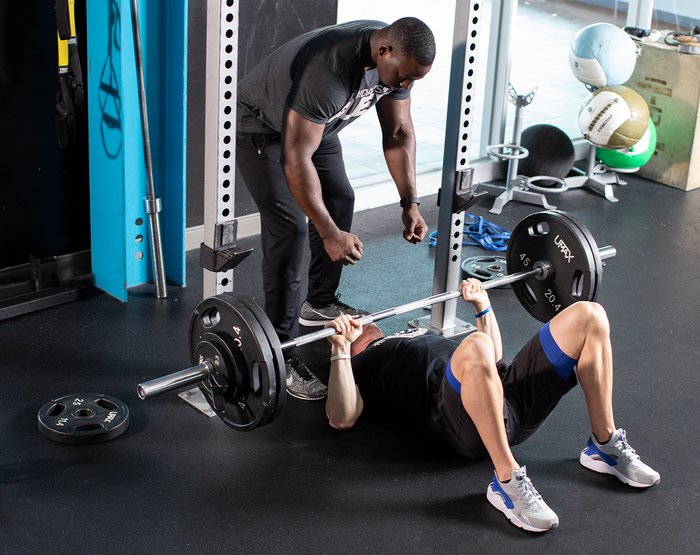 I don’t recommend that you do the Instagram trick of having someone strip weights while you’re holding the bar. Strip the weights while the bar is secured in the rack, both for safety and better performance. Stabilizing an uneven bar against the tension of someone pulling off plates is a recipe for orthopedic injury disaster—especially after peaking the big lifts of the day before the neural dropset.

Also, from a performance perspective, the goal of sparking the CNS demands that you minimize time under tension during the dropset, while not fatiguing the key stabilizers of the movements more than they already are. Keep it simple: Re-rack the bar between each drop.

You should strip approximately 20-30 percent of the overall bar weight each drop. For stronger lifters using multiple 45-pound plates on a side for the big movements, this basically works out to stripping a plate per side per drop.

For lifters with less bar weight to play with, you can standardize the drops by using multiple 10-pound or 25-pound plates per side when you are ramping up to your top end weights for the day.

As long as the bar becomes lighter set to set and there are no monumental drops that would shock the CNS and mechanical systems (not in a good way), the method will still work.

Use a partner if you can

Ideally, I recommend doing neural drive dropsets with a lifting partner or two. That allows the lifter to stay mentally engaged with the set, while being able to fully utilize the rest-pause time period to recalibrate technique and effort. Both need to be at sky-high levels to potentiate the nervous system optimally. 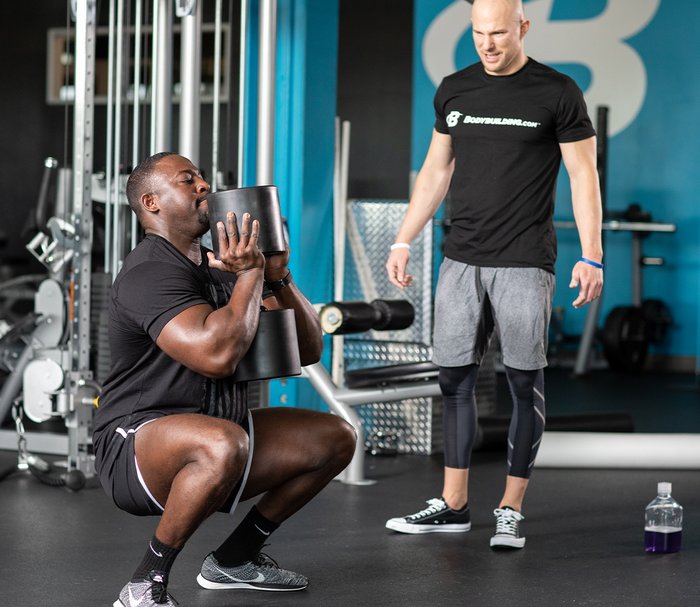 But again, if you are a lone gym ranger, don’t rush the stripping of the weights. Prioritize explosive quality movement over rushing through poorly executed reps. An extra 10-15 seconds isn’t going to negate the benefits.

No more than four drops

Before you jump headfirst into this method with the “more is better” mentality, I’ll caution you not exceed 4 total reps in the neural drive dropset. The key executional point needs to be placed on the quality, velocity, and force production of each rep being executed as pristinely as possible.

In other words, no grinding! Keep it at one rep, and resist the urge to do extended drops where fatigue and mechanical breakdown is inevitable. Keep it clean and fast, and you’ll see the difference.

If you can stay within these parameters, you’ll see every other lift you do during your session benefit from it.

Ask the Ageless Lifter: What Strength Standard Should I Aim For?